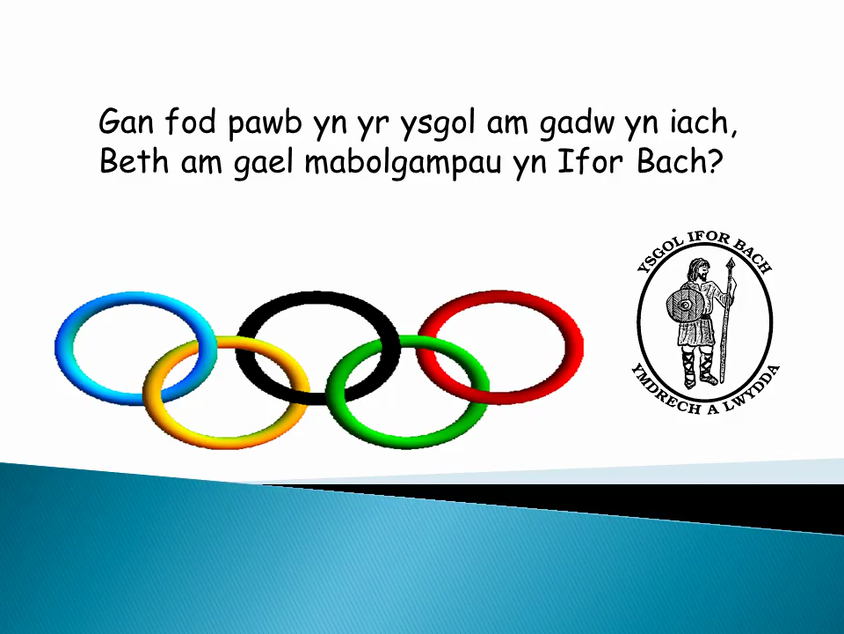 The Ifor Bach staff have been very busy preparing for the Olympics - it's a shame that they were cancelled, but have decided to compete in the Ifor Bach Sports instead! 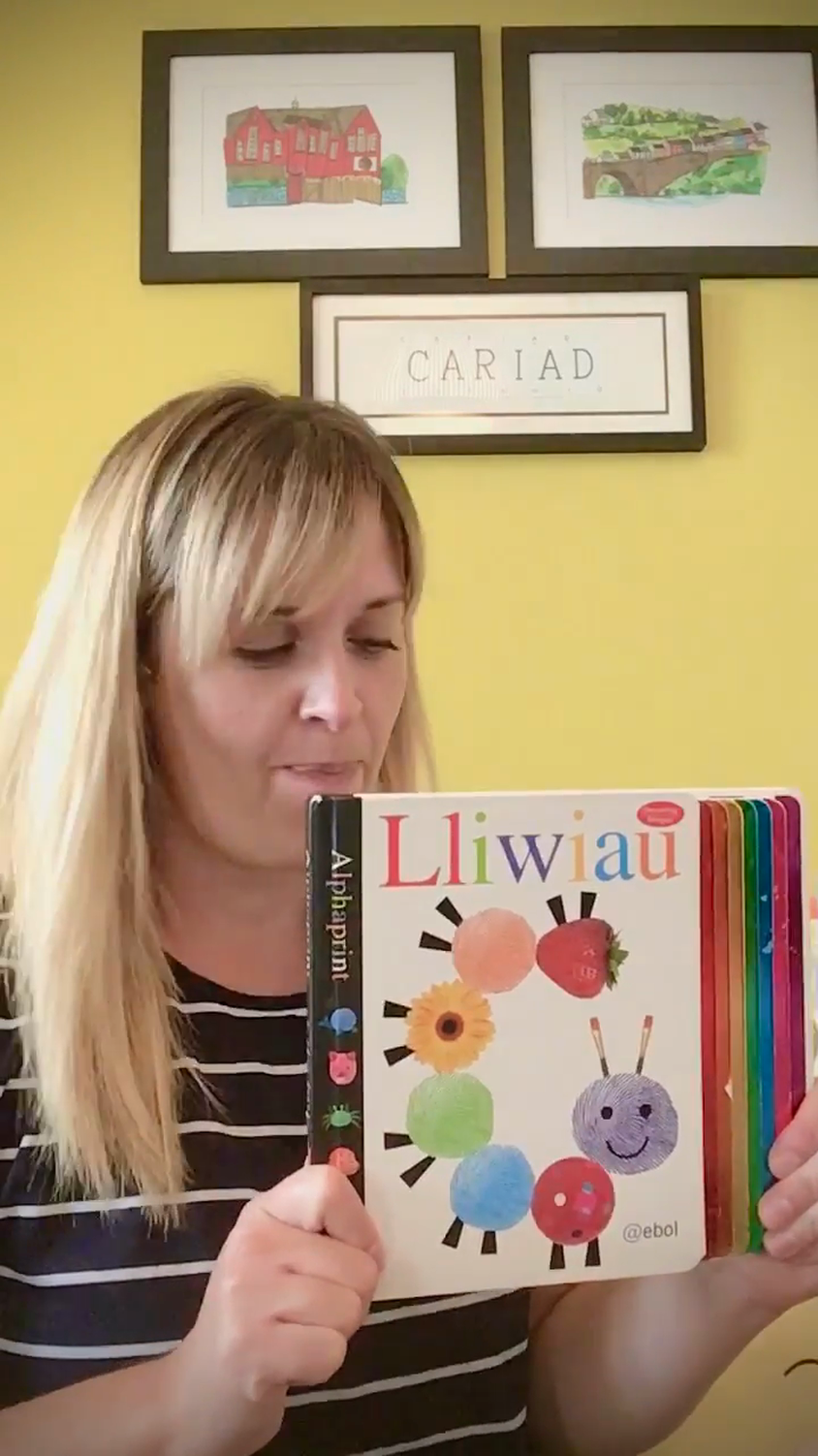 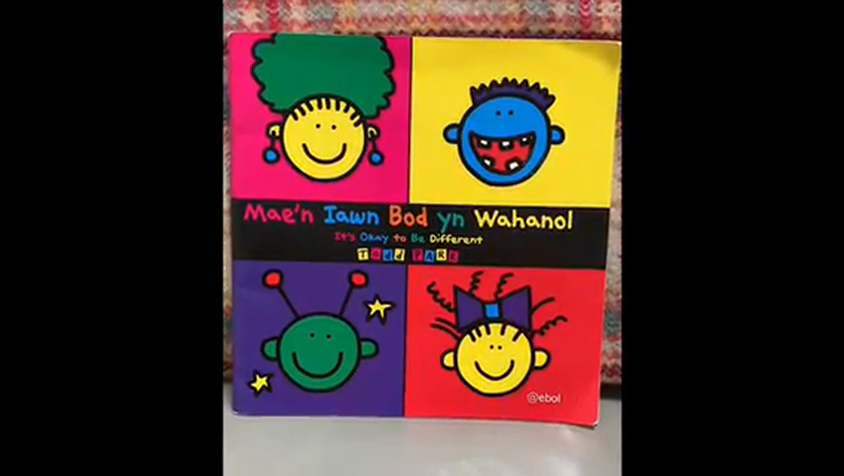 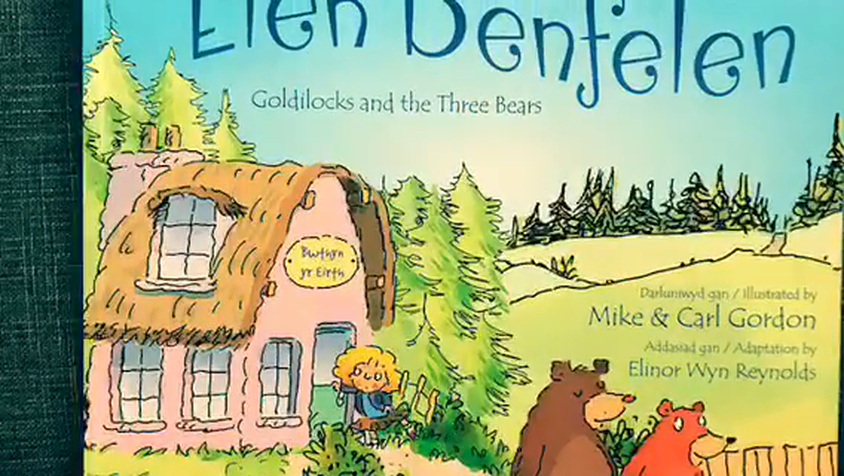 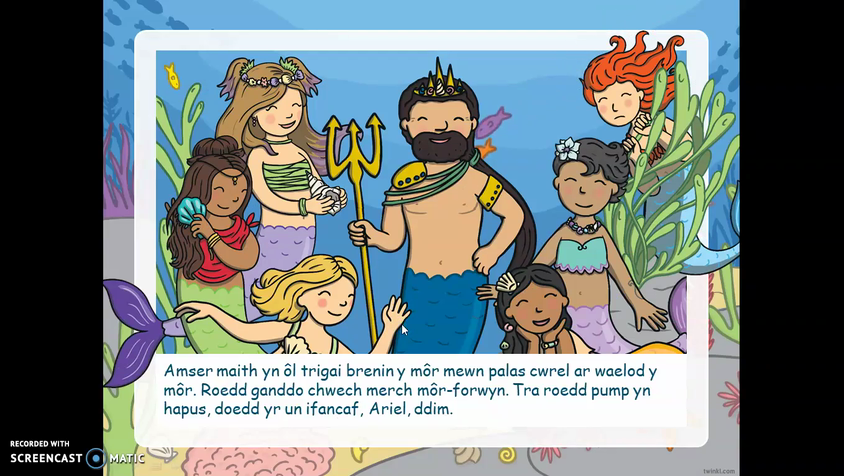 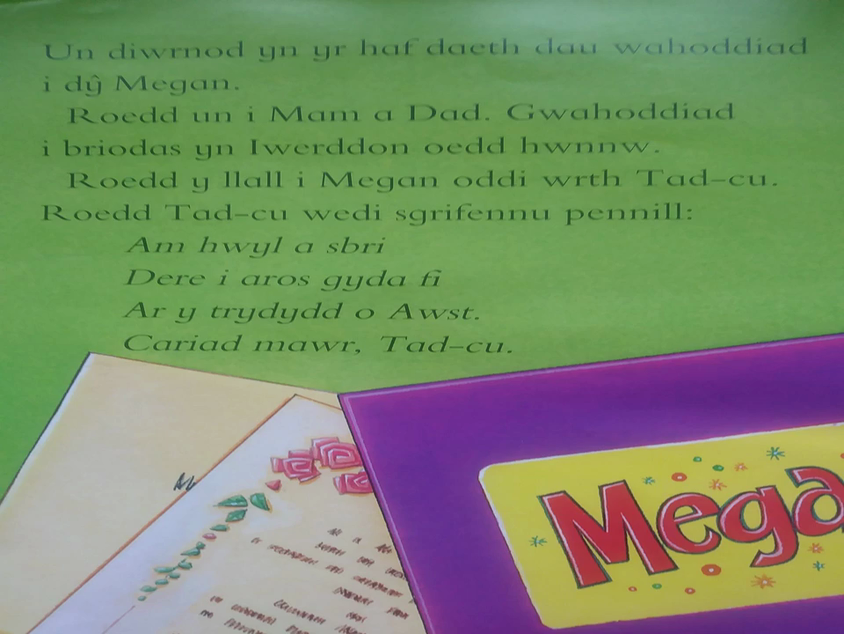 Megan goes to stay with Tadcu in Fishguard - and finds something interesting on the beach! 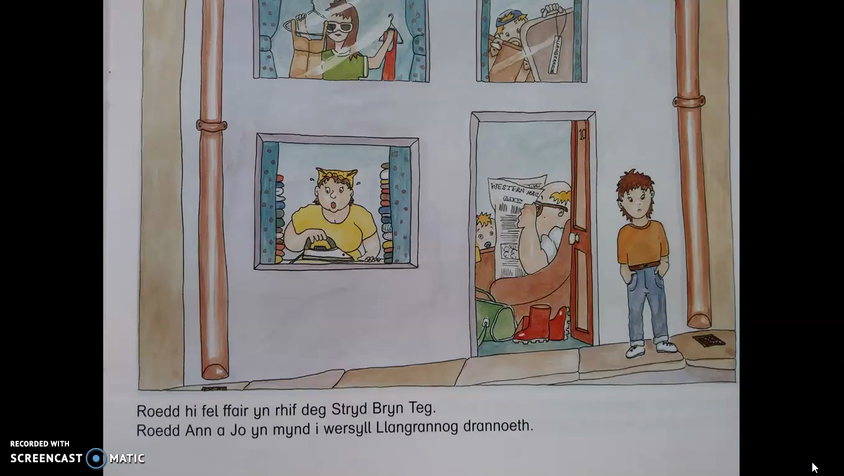 Dewi's brother and sister go to Llangrannog - so he goes to see his Dadcu by the seaside. 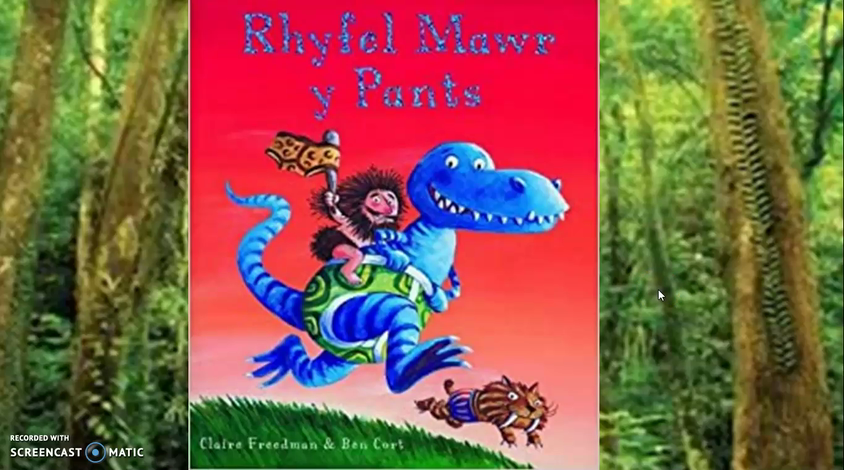 This book explains (?) why there are no dinosaurs about!! 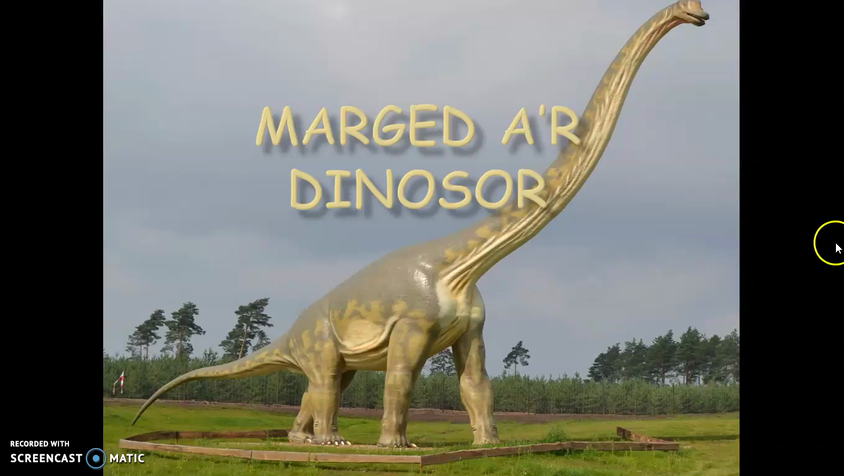 Marged is quite a frightened little girl. When she hears that the class are to visit a dinosaur park she refuses point blank. Her teachers gives her a small dinosaur model. She names him Daniel - and Daniel grows and grows in the night! The next day Daniel goes to school with Marged - and she doesn't feel afraid again! 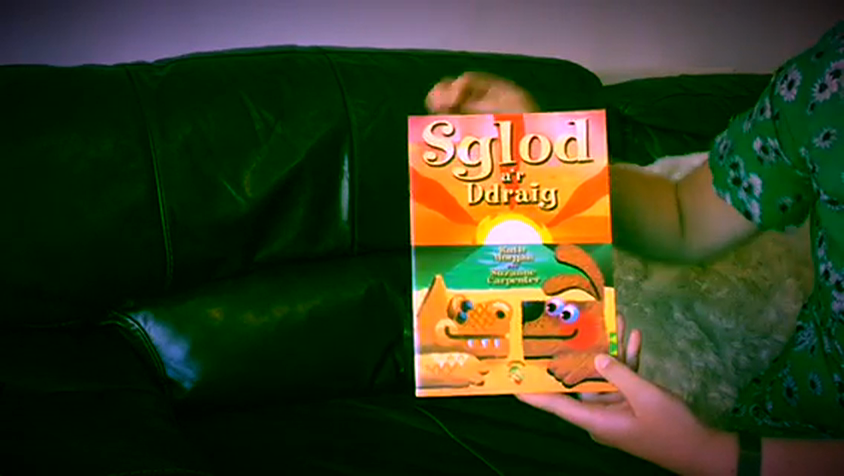 An unlucky group of friends wish to take part in their local sand model competition but what on earth could they build? Will they think of a great idea in time? 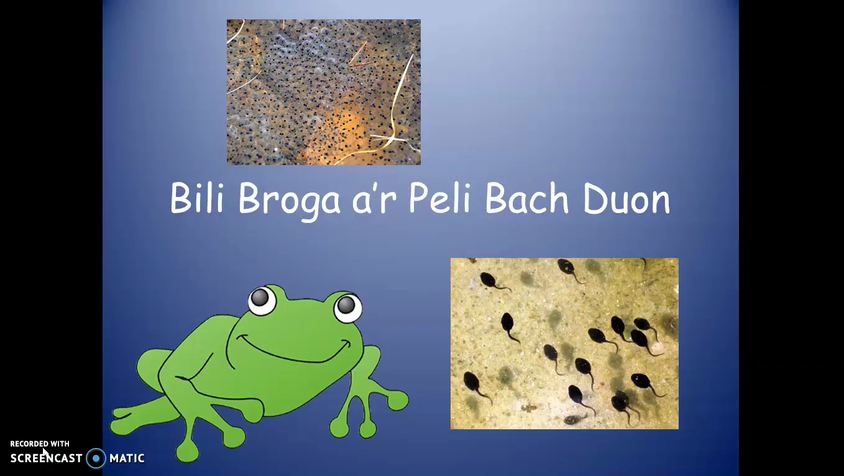 Bili Broga is a bit lonely - he finds some frogspawn - and has some very strange ideas! Thankfully he puts the frogspawn carefully back in the pond! 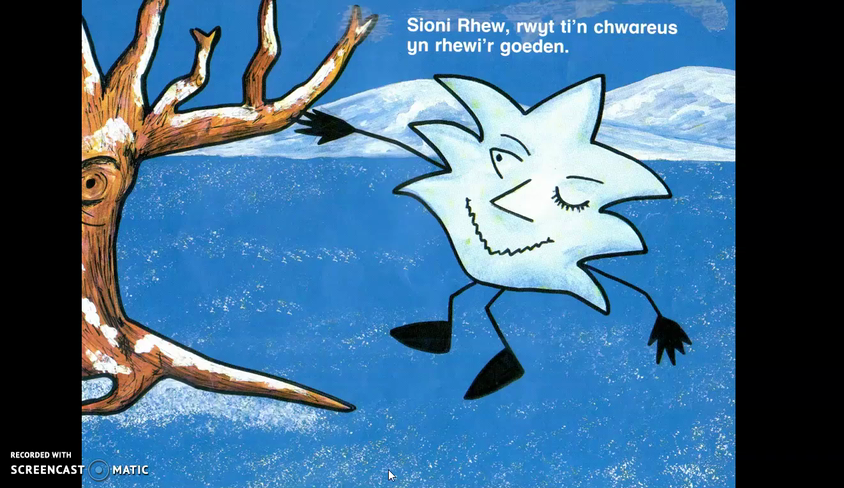 Sioni Rhew is a bit like Jack Frost - he wants to freeze everywhere. At the end he has to hide from the sun. 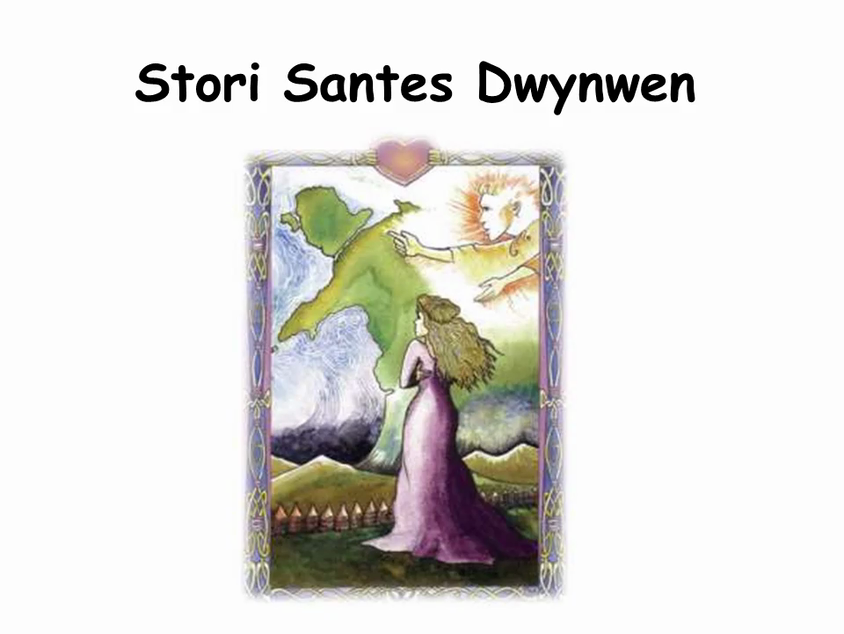 Dwynwen is the Welsh patron saint of love. This is her story. 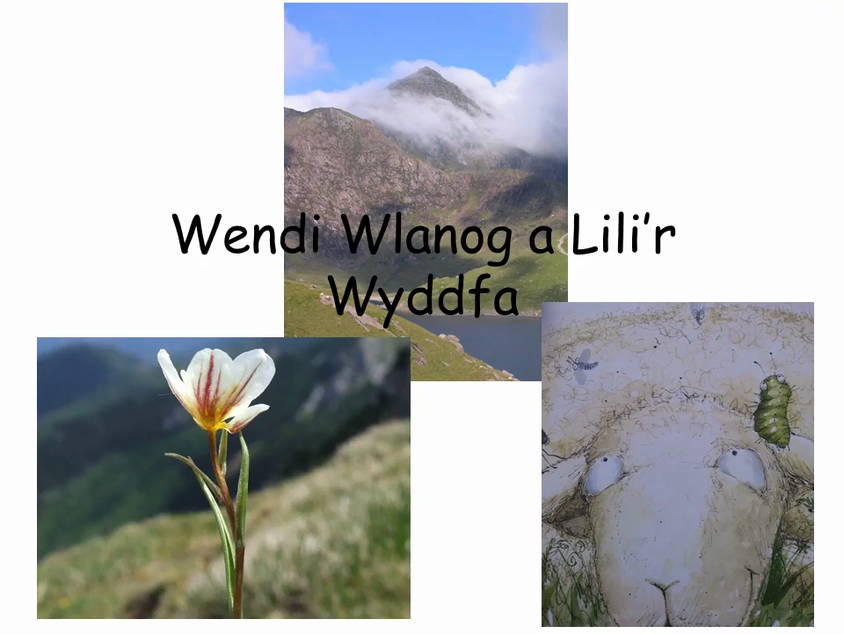 Wendi is a sheep - she lives on Snowdon. She can see seven snowdon lilies at the start of the story - this is the rarest plant in Wales. But because she is a bit careless at the end of the story there is only one.

This is the audio that goes with the powerpoint of the story. 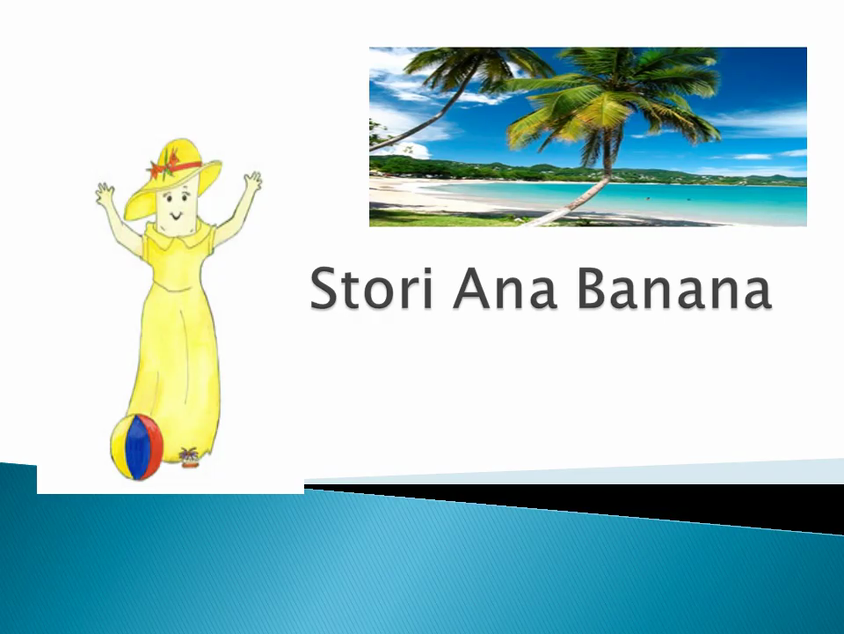 Ana Banana lives in Saint Lucia - but she is lonely! Aled Afal and Nionyn are both fed up with the Welsh weather - and fly over to see her - where they find Luigi Lemwn waiting for a football match on the beach. 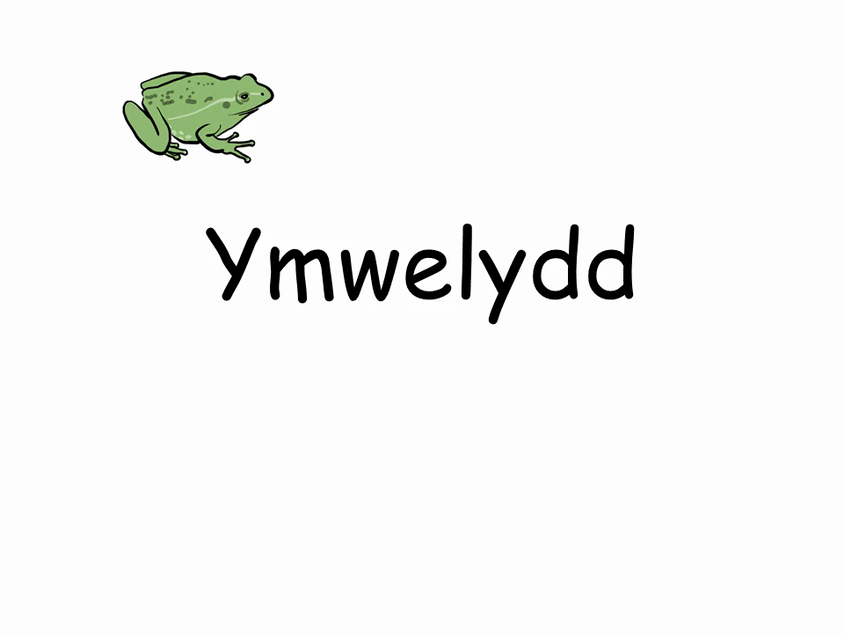 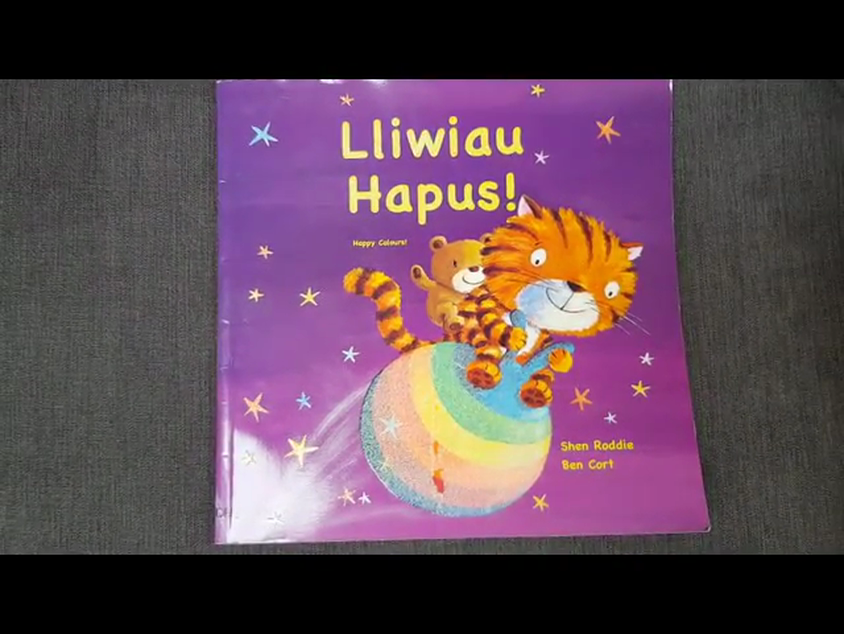 Want to learn Welsh with your children? Our Amser Stori Atebol videos are a fantastic free resource! Purchase the bilingual storybooks on our website and fol...